Publishers: no need to be super heroes in the digital revolution!

Since 2009 we have been helping publishers succeed on mobile, supporting them in their digital products and strategy.  We began with iOS and for a couple of reasons it has taken the industry a long time to see beyond iOS and take into serious consideration the other operating systems.

The main reason for this is that iOS really took the lion’s share of the market in 2009 and this created a blind spot for the other ecosystems.

Times are a changing and fast!

While it was okay to start with an iPad only strategy, the market has evolved to a point where the consumption of editorial products is not only on tablets but is increasing rapidly on smartphones as well: “nearly half of the traffic on our platform that represents hundreds of publishers from all over the world, is produced by smartphones!”, reported Luca Filigheddu, CEO at Paperlit.

Furthermore, it is not only about iPads anymore. It’s about tablets and smartphones, it’s about iOS and all other ecosystems such as Android, Kindle and Windows in general (tablet/PC and phone versions).

Just yesterday news came in from the Kantar Worldpanel ComTech that Windows Phone 8, mostly because of the Nokia Lumia, has surpassed iOS market share in Italy, 13% to 10%!

Below is some more data supporting why a multi-platform strategy (tablet and smartphone) is more important than ever.

60 billion apps have been downloaded from the iTunes app store and 20 billion of these happened in the past 12 months. 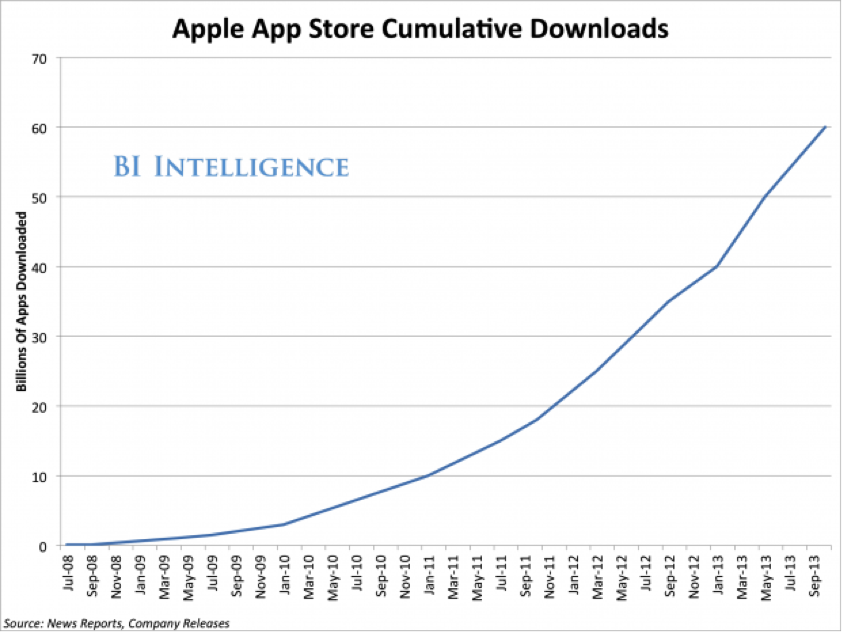 Revenue from the App store is booming too as Apple has paid out $4.3 billion in the first 6 months of 2013 which is equal to the total amount paid out in 2012. (source Business Insider) 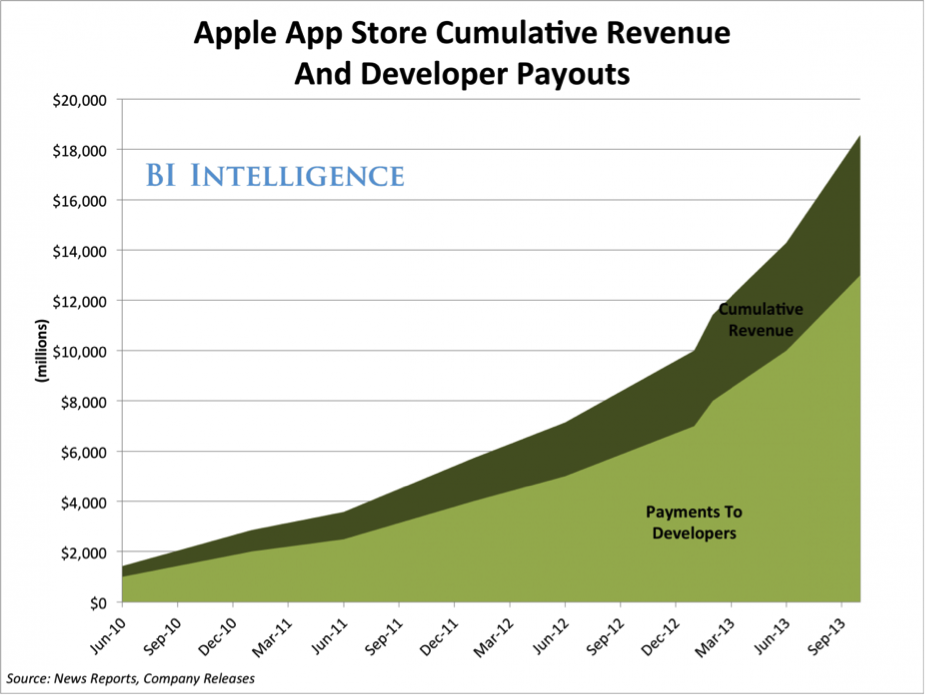 Smartphone and tablet revenue has surpassed Consumer Electronics revenue, something which just 5 years ago, represented 1/10th of the CE market. This is really incredible!

For every $1 earned from an app on iOS, $0,90 are earned on Android. Okay, this calculation includes a lot of stuff that cannot be applied to the traditional publishing industry, but it’s an indication that the trend is changing. If we look at our internal analytics, only two years ago, for every ten issues sold on iOS,  one or two were sold on Android. Now this figure has doubled. 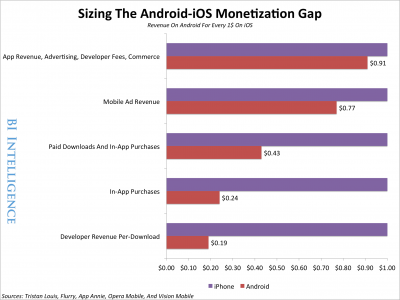 Windows phone 8 with the new Nokia venture has become a major player in the smartphone market where in Europe for example it has picked up 10% of the market share in the biggest 5 European countries. Nokia is also implementing very smart mobile payment integrations in several European countries, that will boost content sales for sure! 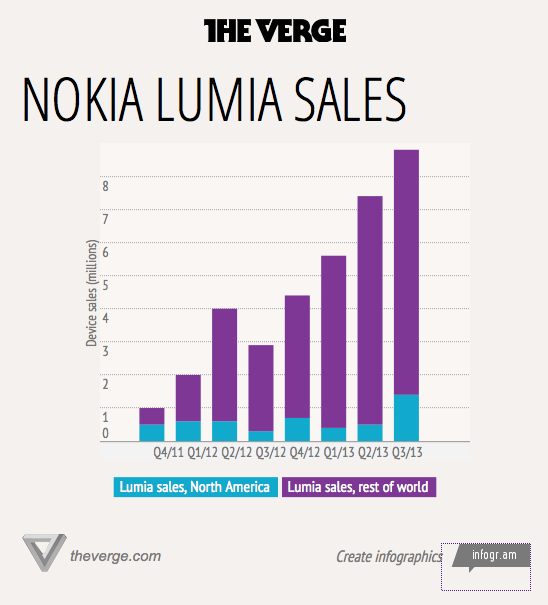 Last but not least, the amount of social media and mobile coupons used on smartphones and tablets is exploding with the same velocity as the number of apps downloaded and the revenue that is coming from app sales. 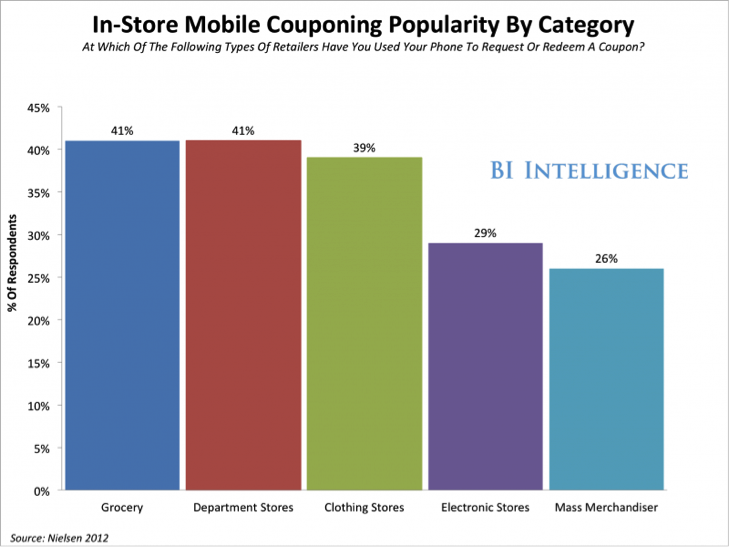 Why the time for a multi platform strategy is now.

Paperlit, since day 1, has embraced a multi-platform strategy, where we always believed Android and the other big players such as Microsoft, would be important for app distribution and monetization. We have recently included native social media integration, coupon management and our own cross platform analytics, all developed to make your life easier in keeping all of this market growth in perspective and under control. At present we are developing a special UI for the smartphone to ensure better management on this platform as well.

We call our multi-platform strategy “tech safe or future proof” and, so far, when you choose our platform you can be sure of any market evolution and the fact that we will be there for you to grasp these opportunities.

People often think you need to be a super hero or have a crystal ball to get your digital strategy right and this in part is because of the speed of market evolution and how easy it is to overcomplicate things and make expensive mistakes.

The truth is there is no need to make things complicated and all the information you need to make intelligent decisions are of public domain. This lengthy blog wants to shed light precisely on this concept.

As a super hero has x-ray vision, we can confidently tell you that the writing is on the walls and a multi-platform strategy that embraces all major eco-systems, integrating social media and try and buy coupons is a spot on strategy to distribute and monetize your content in the digital space.

Trust us on this and we can help you turn this opportunity into a serious revenue stream and marketing weapon for your publications and company on a long term basis.

Let us help you grow and master this space. Download now for free our Guide to create a digital magazine!