6 ways to promote a magazine app 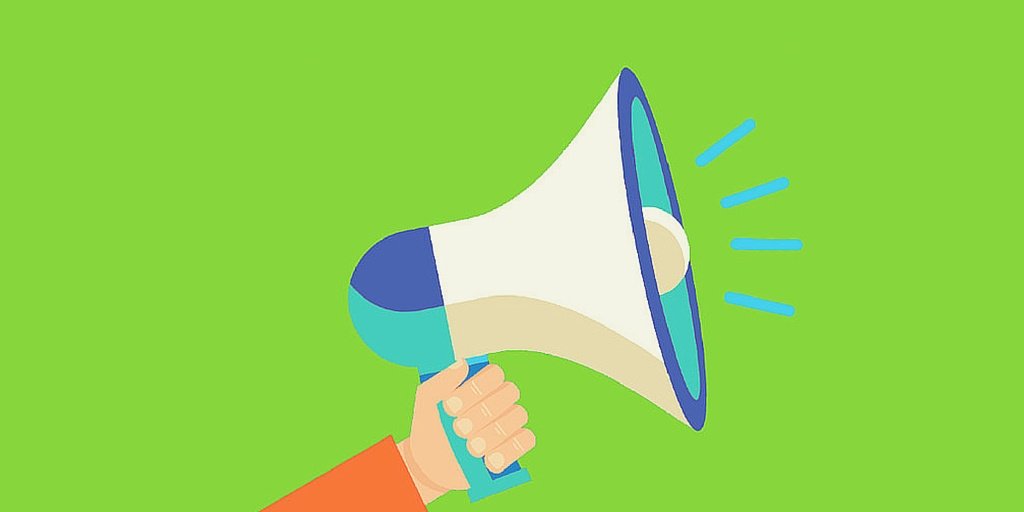 To reap the full benefits of a magazine app, publishers need to develop a promotional strategy that drives traffic to the app stores and gets people to install the app on their mobile device.

App promotion can help you increase your visibility on the stores, acquire more app users and reach a level of digital sales that justifies your investment in mobile.

Here are 6 best practices that will help you promote a magazine app and acquire new app users that are ready to purchase your digital edition:

When you’re asking yourself how to promote a magazine app, the first place any publisher should look is at their own web presence. Promoting your app on your website is an important part of growing awareness and sales of your digital edition. The way you promote your app will depend on if your publication is digital only and distributed exclusively on app store sales, or if you sell print and digital subscriptions on your website.

If your publication falls into the later, you’ll want to evaluate the best way to incorporate your app into your online subscription sales. On the other hand, if your publication is digital-only, you can develop a landing page (stand alone or as a part of your website) to promote your app and lead visitors towards the app stores. 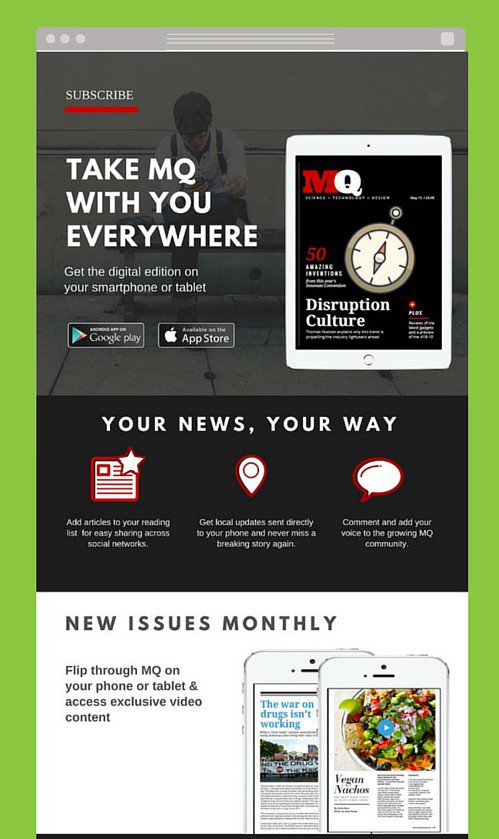 A landing page gives you more visibility in search and, while it’s true that your Apple iTunes and Google Play page will show up in search, developing your own web presence allows you to communicate and promote your app in ways the stores simply don’t allow.

Another thing you’ll want to do to communicate with mobile users is to set up an app banner on your website. These banners will show up to mobile visitors, directing them to download you app. It’s important to configure your app banners to direct users to the correct app store, based on the device they are using. There are a few ways to implement universal app banners that work on Android and iOs – this article explains some popular ways.

Pro Tip: It’s a common misconception that your launch campaign starts when your app is live on the stores. Truth is,  promoting your app before it’s available can help you build a ton of momentum. Utilize the time you’re building your app to launch a “Coming soon” landing page, put out teasers on social media or email, and build a mailing list of people who want to know when you’re app goes live.

When we’re talking about mobile apps, the starting point for user acquisition is developing a strong search presence on the app stores. App publishers can improve their organic results by adopting some basic App Store Optimization (ASO) strategies that boost app store ranking and visitor conversion rates, in addition to using tools (usually at a cost) to gain competitive insights.

Your app description, keywords and icon all play a role in driving traffic to your app. That being said, maybe the most underestimated element to optimize are your app screenshots, which should portray realistic usage of your app while highlighting the most important features or exclusive content in your digital edition. Many magazine publishers will also update their first screenshot to the cover of the latest issue, which is a great strategy considering it’s the first screenshot that is previewed in search results!

3. Enact a plan to get reviews & ratings

On Apple’s App Store, your average rating will only kick in once you’ve received five ratings, so getting a jump start on reviews is important. Asking app users to review your app with push or  in-app messaging is one strategy, but it will take some time to build up an active user base, and you need reviews now. So what can you do?

To get those all important first reviews, reach out to your beta testers, friends and customers via email. You can even offer an incentive (like a free issue) to encourage users to rate your app. Also, respond to negative reviews immediately (on Google Play) as it shows you’re active in optimizing the app experience, which will help you gain more users in the long run.

Generating and converting quality traffic to the app store is the goal of your app promotion strategy, but the secret sauce to growth hacking is building virality into your app. What does this mean? Simply put, this means making it easy (and rewarding!) for app users to share app content or actions across social networks, email, or chat – with the direct benefit of driving referral traffic to the app store.

Gaming apps have led the charge on this trend by leveraging social login to invite friends to play, to share accomplishment and by rewarding users with bonus points, etc. In short, including these features in your app right from the start is a great way to gain viral momentum early-on.

5. Set aside a budget for paid acquisition

Not interested in spending money to get downloads? You may want to rethink that. While organic traffic might make up the majority of your traffic, it’s paid acquisition that can fuel quicker growth. Even a small budget can help get your app in front a large number of people, helping you acquire quality users in short sprints (vs. sustainable “marathon” campaigns) and as a consequence boost your ranking. 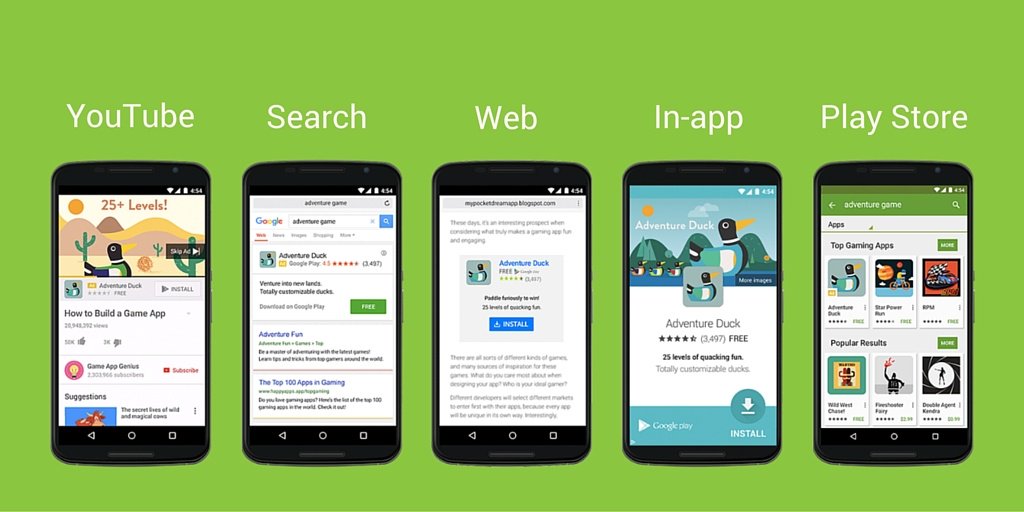 That said, paying for app installs can get expensive if you’re not on top of managing your campaigns. With Facebook, Twitter, YouTube, Google (including ads within the Google Play store) and others all offering app ad products to target mobile users, choosing the right channel starts with 1) understanding where your audience is and 2) deciding how much you’re willing to spend on cost per installs (CPI). Once you’ve set up multiple campaigns, the best thing to do is to segment and A/B test your ad copy and creative, and optimizing each campaign for lifetime value (LTV) not just click through rates (CTR).

Real world marketing isn’t dead, even with all the attention on digital. But the trick is to integrate your offline campaigns in such a way that it makes the transition to mobile easy. Viral marketing campaigns that use tactics like launch events, publicity or advertising, can increase word of mouth for your app in local markets, but even the best campaigns can fail if the call to action isn’t clear. Mention where your app can be downloaded and include a memorable, short URL or a QR code on your printed marketing materials that links to the app store to bridge offline and online worlds.

What promotion tactics have worked best for your magazine app? Let us know in the comments!