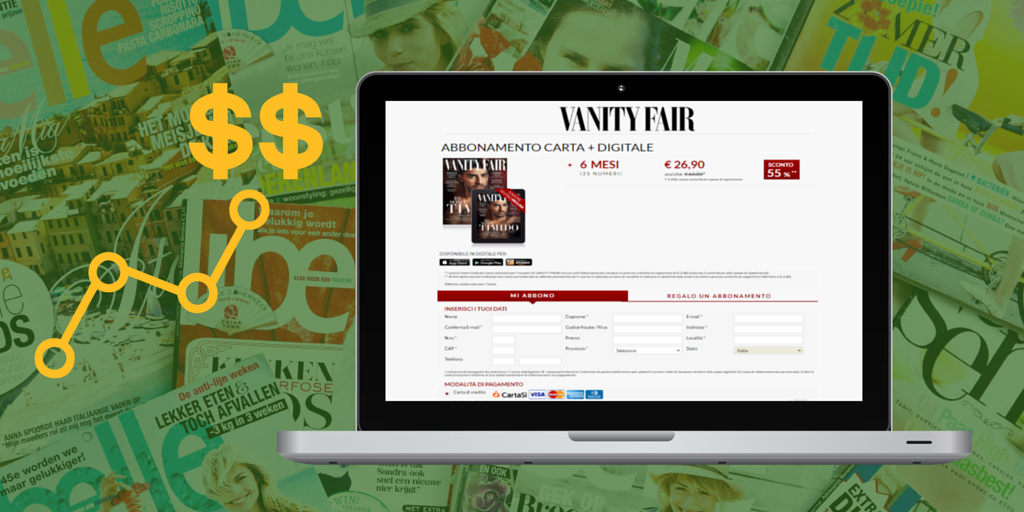 There is no denying that digital publishing offers huge savings when it comes to printing and distribution costs. However, it has also ushered in a dependence on Apple’s App Store and the Google Play Store to sell digital edition subscriptions.

While the app stores help publishers expand their reach far beyond what is possible with the traditional newsstand, the price of doing business has long been a bone of contention. In an effort to avoid paying app store transaction fees (or commissions), many publishers have opted to set up their own subscription website or portal.

In this post, we explore the shortcomings of selling exclusively on the stores and explain how publishers can keep a larger slice of the revenue pie by selling digital subscriptions online.

When the App Store introduced subscription pricing in 2011, publishers jumped on the Apple Newsstand bandwagon to distribute digital editions to a growing tablet audience in a highly visible app. In return, publishers would walk away with 70% of billed subscription revenue, paying a 30% “Apple tax” that many found difficult to bear. Today, Apple Newsstand no longer exists and publishers are able to sell subscription from their own branded app, but the commission structure has remained the same, with Google Play following suit.

Apple has made some recent efforts to remedy their relationship with publishers by raising billed revenue to 85% once a user remains after two years. Interestingly enough, after the announcement Google was also rumored to offer to a 85-15% split, though they plan to roll out the savings immediately (still no official date on when the savings will start).

While these changes reward publishers who are successful in retaining and engaging subscribers for more than a year, it may also be too little too late. Other downfalls of the app store economy continue to exist, including incomplete user data on users and difficulty attracting new subscribers organically.

How can a subscription portal help?

Self-hosted or third party subscription portals essentially allow you to avoid paying commissions by taking ownership of the subscription purchase. Instead of relying on App Store or Google Play Store in-app purchase, users purchase from your site, log into your app with personalized credentials to “unlock” their issues and you get to keep 100% of the revenues. 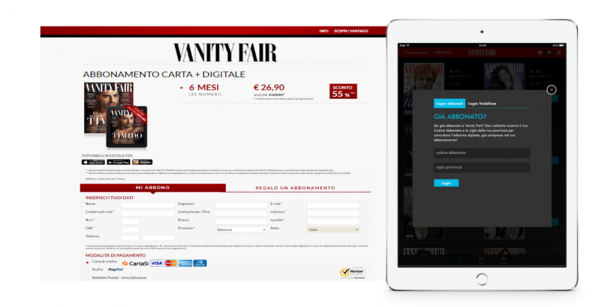 By selling subscriptions directly from your website, you are also able to take full control over promotions, SEO, lead generation, email marketing and engagement, as well as have open access to analytics and user behavior stats. These benefits speak directly to the shortcomings of the app stores.

Also, it’s important to keep in mind that the app stores may frown upon opening a competing payment portal solely to avoid commissions, highlighting one reason why many publishers prefer to bundle digital edition sales with print or website subscription offers.

What are some popular solutions?

There are endless options when deciding to launch your own subscription portal. Some of the most popular third party magazine subscription management services like Cambey & West, Dovetail and CDS (which are all supported by Paperlit) also offer additional services like fulfillment, advertising, customer service and auditing. If you’re not looking for a “full-service” solution, many indie and digital-only publishers are using popular eCommerce sites, like Shopify, to set up a micro-site to sell print and digital subscriptions alongside editorial content.

These custom solutions can come in handy if you have bundled your digital edition with a print subscription, or if you want to limit access to your publications with a private user list (i.e. for corporate communication apps, company salesforce apps, etc..).

Does it still make sense to sell subscriptions on the app stores?

Selling digital edition subscriptions from your website has many benefits, but it doesn’t mean you can’t do both. Both app stores continue to be used by the most popular magazines as a way to get onto mobile devices worldwide. The Apple App Store is still one of the most widely shopped digital newsstands thanks to the incredible branding and dominance of the iPad, and the Google Play Store serves to all the competitors.  And, it’s important to put into context that while you are “only” getting 70% of the revenues, the return is still much higher than the tradition newsstand remit rates.

So our advice? Do both: invest in your web presence to acquire new readers and sell digital subscriptions bundled with print, and increase your visibility on the app stores with app marketing techniques and nurture mobile app users to become subscribers.